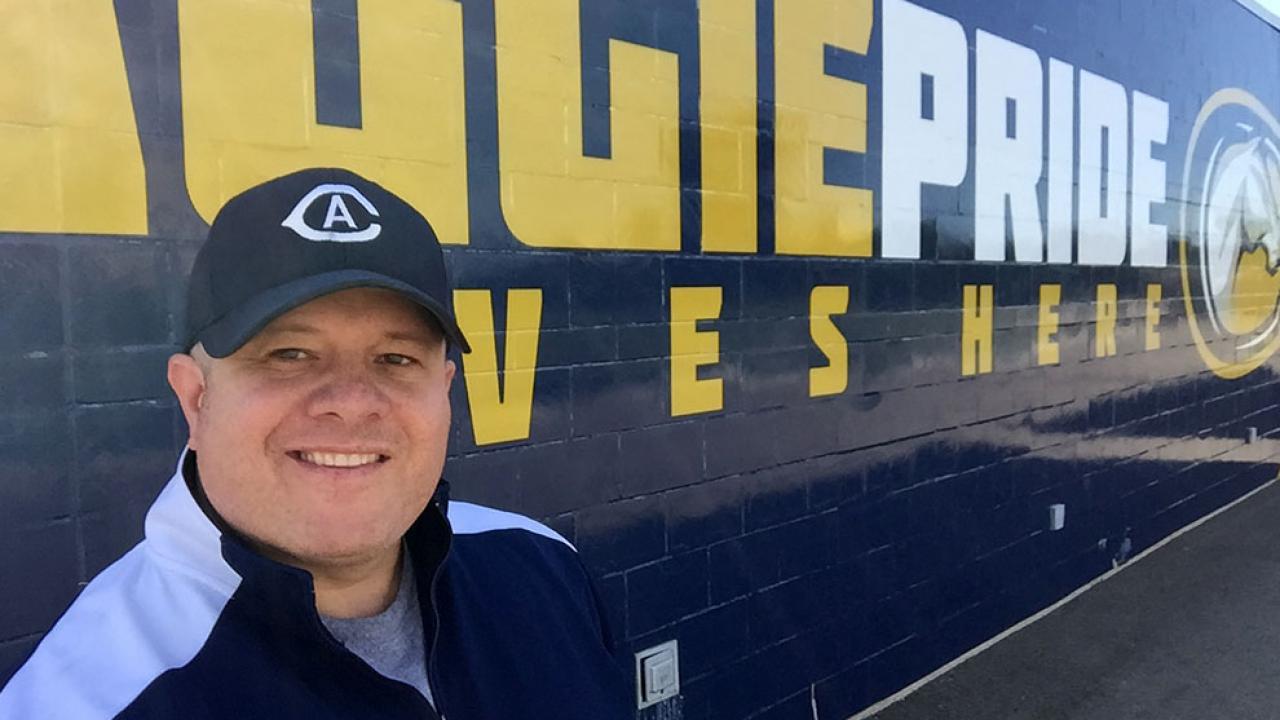 "Challenges create opportunities for growth and learning. I am fortunate to be challenged most days"

Chris McGuire is the Contracts Manger for Design and Construction Management (DCM). Recently, McGuire was selected to be the staff representative delegate for the Cal Aggie Athletics Hall of Fame Advisory Board.

When did you join the university?
I started working at UC Davis in 2003 but UC Davis has been a part of my life since I was a kid.

What's your day-to-day role in stewarding university resources?
As the Contracts Manager at Design and Construction Management my team is responsible for executing all of our design consultant agreements and all of the construction contracts. Every major piece of construction on our campus comes through our shop.

What's an example of how you delight customers?
A few years back, circumstances dictated that I spend a few hours explaining, in excruciating detail, the bid and award process to the Dean of one of our colleges and the donors for whom a new building was being named. They so appreciated the time and effort I took that they personally thanked me during the official ground-breaking ceremony for the building named in their honor. To my knowledge, I’m the only Contracts person ever recognized at an official event like that – and by the Dean and the donors no less! I don’t know if my approach is “unique”, but I have had people comment that my affection for UC Davis is genuine.

What do you like best about working at UC Davis?
It may sound hokey, but through my job I get an opportunity to play a role in the creation of some very beautiful, innovative, inspiring and enduring parts of our campus. It is pretty rewarding to see the end products and knowing that great things will likely happen there.

What's the most challenging part of your job?
I like to look at “challenge” as a good thing. Challenges create opportunities for growth and learning. So, I “deal” with them by embracing them. And with that perspective in mind, I am fortunate to be challenged most days. There are always changes to State law, Public Contract Code and University policy that affect our day-to-day operations. And with change often comes challenge. The continually fluid nature of our business keeps me challenged all the time.

What does holding this position mean to you?
To say it’s an honor doesn’t even begin to accurately describe what it means to me.  I have been a fan of Aggie Athletics since the early 70’s.  Sports played a prominent role in my youth, and a big part of that tapestry is memories of watching Aggie football and basketball games as regularly as possible.  Some could say that I was baptized with Aggie Pride at an early age, and I would agree with that.  As a youngster I was fortunate enough to watch several Cal Aggie Athletics Hall of Fame members play during their careers.  And the same goes for several members of The Hall of Fame that played during my years here as a student.  So to have an opportunity to steward in the next class of inductees is truly humbling.

What is your favorite part about Aggie Athletics?
It’s cliché but for me it’s all about Aggie Pride.  The great Aggie football coach, Jim Sochor, coined that term and it really does sum it all up.  He preached Trust, Unity and Togetherness; and those were the hallmarks of many great Aggie teams throughout our storied athletic history.  We may not always be the biggest, we may not always be the fastest, but we will always play together and with more unity than the other team.  I admire what it takes for our student athletes to excel at this level; the dedication, the sacrifice, etc.  And, Aggie games are just fun – plain and simple!

What is your favorite Aggie sport?
(laughing) That’s a loaded question!  I am lucky to have met and become very well acquainted with several of the coaches, and, in addition, I’ve met and become very cordial with countless players, so I would hate to insult any of them by declaring a favorite.  Can I plead the 5th?! I love them all, but basketball is hands-down my favorite.

What's something you like to do when you aren't at work?
I like going to Aggie games with my wife and daughters, of course! GO AGS! 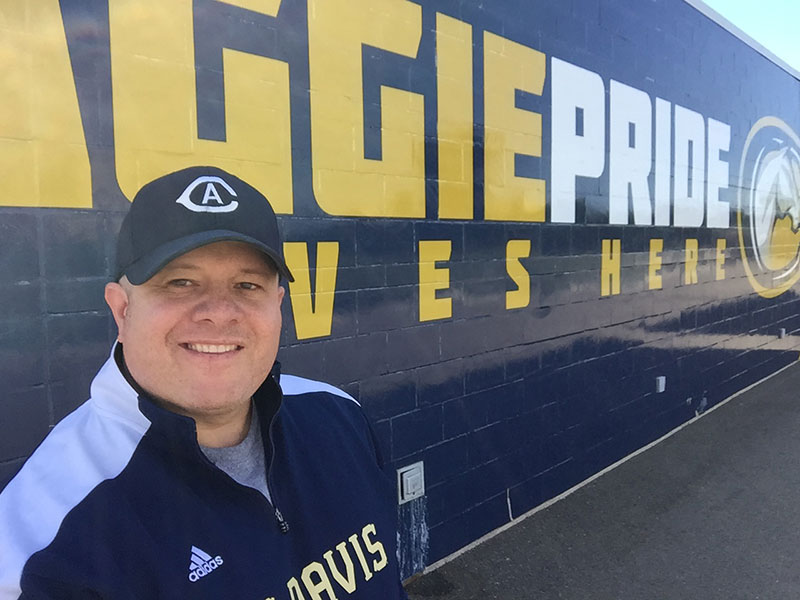